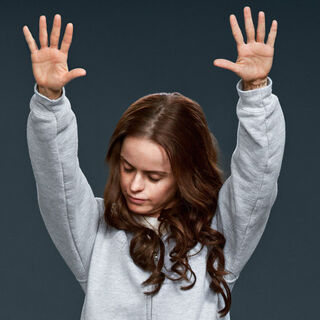 Yesterday was Mother’s Day so I decided to take my wife (mother of my stepson) out and surprise her.

I took her to BW3’s wild wings…..what’s that? That doesn’t sound very romantic you say? Well she picked it….she LOVES the place, so I happily accomodated her  (stayed on the Chris Clay Diet too heh).

We enjoyed our wings and had a bit of chit chat about life in general. Afterwards we went to the nearby Barnes & Noble, I piked up LIFE by Keith Richards and she picked up a book about the BORGIA’s (she loves the Showtime series….I do too, but I am way behind in and need to catch up, she went on without me lol) BTW Jason of www.THEMINDSLAM.com The Borgia’s are in Assassin’s Creed 2….check it out, GREAT GAME!

After our little spending spree I drove her to the theater (she had NO idea what my plans were) and pulled up to the curb and said “why don’t you get out and look pretty and I’ll be right back.” At this point I think she figured it out.

I park the car and met her and tell her to come down to me (I wanted to smuggle one of my Viatmin Water Zeros in and she was by the door near peering eyes) so she came down and I had her open her purse…..crime committed!

I purchase 2 tickets to see SOMETHING BORROWED (she has been wanting to see this since the previews came out and I admit I wanted to see it too….I can do a chick flick if it’s written well…couple of  my favs is ABOUT LAST NIGHT & WHEN HARRY MET SALLY just to give you an idea). We go inside I tell her to go find our seats and I get her a small popcorn with butter (BLUCK…I like mine plain, but this is her day) and a water.

While I’m in line she texts me that she’s up in the very top row (MY girl! That’s my fav place to sit in the movies) and that she almost fell lol (her words, not mine) she said tripped up one of the steps LOL (my word).

Onto the movie review:

Something Borrowed stars Kate Hudson (Goldie Hawn &  Bill Hudson’s daughter), Jennifer Goodwin (One of the wives in BIG LOVE…sorry her name escapes me at the moment) &  John Kransiski (Jim from THE OFFICE) & Collin Egglesfield (never heard of him, but he looks like Tom Cruise).

The story is about Kate, Collin and Jennifer’s’ crazy love triangle….see Jennifer and Collin have been really good friends since college, but that’s all it was is friends….study buddies if you will. One night Jennifer introduces Collin to Kate and they become a couple. Fast forward 6 years and it’s Jennifer’s 30th birthday bash….Collin and Kate are just a few wakes away from becoming man and wife, birthday girl gets trashed and ends up in a cab with Collin where the two confess that they both had crushes on each other in college.

I’ll stop there and no tell anymore details of the film so as not to ruin it for you, and will continue with my half-assed review:

This is a charming, funny romantic comedy that is actually laugh out loud funny at times. You actually care about the characters and what happens to them. Kate Hudson is cute as always, but her characters’ ego really makes her unattractive in this, she does a great job, because like John’s character (who is just a good friend of Jennifer btw….so you know why he’s in the film) can’t really stand her.

Jennifer is great in this even though as my wife pointed out played the same character she always does (shy, unsure of herself single lady) I would like to see her play a more challening role….hopefully she gets the chance sine BIG LOVE is over.

John really steals the movie with his one liners and antics (the beac badmittion scene) he is very funny in this.

I enjoyed this as did my wife and I will give it a B+ or an A-. Very good date movie and worth the $7.50 I spent for a matinee.